Did you know that one in five tattooed individuals wants a tattoo removed? That’s why Dr. Alissa Lamoureux, a board-certified dermatologist offers laser tattoo removal in the Worcester, MA area, using the most advanced laser available.

Key Advantages of the PiQo4

What to Expect in Your Consultation

Before your laser tattoo removal in Shrewsbury, you will need to meet with Dr. Lamoureux in a consultation so that she can assess your tattoo(s) and discuss your goals. Photos may also be taken so that your progress can later be monitored. In order to determine the right treatment plan for you, she will ask questions about how old your tattoo is; whether or not it was done professionally; what colors were originally used, and if your tattoo is covering up another one. All of this information will help Dr. Lamoureux create a strategy to remove your unwanted tattoo(s) in the most efficient way possible. 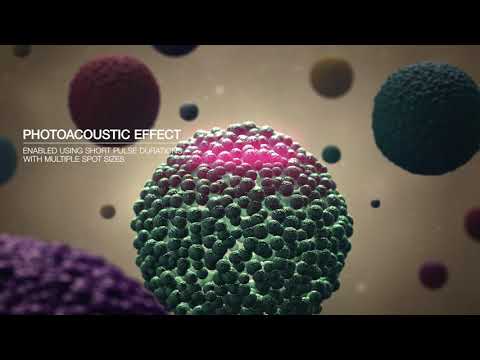 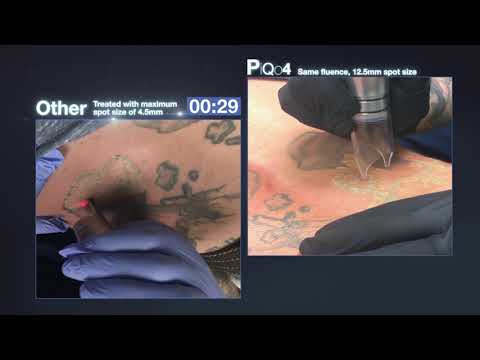 How the PiQo4 Removes Tattoos

The PiQo4 is a laser tattoo removal in Shrewsbury that works by using laser heat energy to shatter ink particles, eventually erasing the ink altogether. Traditional nanosecond lasers used for tattoo removal depend mostly on pure heating of the tattoo pigment—but the ultra-short pulses of energy that the PiQo4 use go beyond the photothermal action of a traditional laser by also creating an intense photomechanical effect that shatters the target ink into tiny particles that are easily eliminated by the body, while leaving the surrounding tissue unheated. Other laser tattoo removal devices may require up to 20-30 treatments, while the PiQo4 can often clear tattoos in about 8-12 treatments (spaced 6-8 weeks apart). Additionally, while other tattoo removal lasers are limited to only lighter complexions, the PiQo4 can be used on all skin types. It also features improved clearance, even on difficult ink colors including blues, greens, and reds, as well as stubborn tattoos.

Although there is minimal downtime associated with PiQo4 laser tattoo removal, you may experience side effects such as the tattoo “raising”, itchiness, tenderness, pinpoint bleeding, redness, and/or darkening of the area. These side effects are fairly common and usually resolve within a couple of weeks.

When you choose Skin Dermatology, you can trust you are in the hands of a practice that truly cares. Our smart and capable staff members are passionate about what they do, and we believe in expert-level, customized, personal care for every patient. You will be focused on from the moment you set foot in the door to the minute you leave. Founded and led by double-board certified Dr. Alissa Lamoureux, Skin Dermatology represents the best value in the Shrewsbury and Worcester, MA area when it comes to training, expertise, safety, products, technology, and atmosphere. To set up your laser tattoo removal consultation, please contact us today.

Does laser tattoo removal cause scarring?

I’m pregnant. Can I have laser tattoo removal done?

How should I prepare for my laser tattoo removal treatment?

Does laser tattoo removal cause scarring?

Older, out-of-date tattoo removal lasers sometimes left scars behind. However, more advanced lasers such as the PiQo4 have greatly minimized the risk of scarring.Often under a tattoo the skin can already be scarred and Dr. Lamoureux will examine for this prior to beginning your treatment.

I’m pregnant. Can I have laser tattoo removal done?

Laser tattoo removal is not advisable if you’re pregnant.

How should I prepare for my laser tattoo removal treatment?

Before your appointment, shave any hair off of the tattooed area. Be sure your skin is clean, but don’t use anything like lotion, makeup, perfume, etc. on the area. Your skin should not be recently tanned in any way.

Book Online
Accessibility: If you are vision-impaired or have some other impairment covered by the Americans with Disabilities Act or a similar law, and you wish to discuss potential accommodations related to using this website, please contact our Accessibility Manager at 508-644-0505.
Contact Us